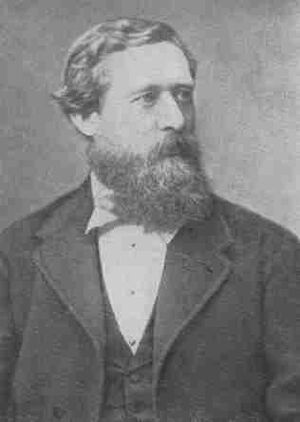 During his youth, Klindworth was trained to play the violin, but later taught himself the piano. At the age of 17 he became conductor of a travelling theatre company, and from 1852 to 1854 he studied under Franz Liszt at Weimar.

After moving to London in 1854, he spent fourteen years as a conductor, where audiences generally found his programmes of traditional works juxtaposed with modern music too challenging for popular tastes. However, he was highly rated by fellow musicians, including Richard Wagner and Edward Dannreuther.

In 1868, Klindworth was invited by Nikolay Rubinstein to join the staff of the Moscow Conservatory, where he befriended Tchaikovsky, and made several piano arrangements of Tchaikovsky's works. Together with Hans von Bülow, Klindworth endorsed Tchaikovsky's overture-fantasia Romeo and Juliet to the Berlin publishers Bote & Bock when the score was sent to them by Nikolay Rubinstein in May 1870. Bote & Bock eventually published the full score of the overture (revised version) in 1871, thereby laying the foundation-stone of Tchaikovsky's growing fame in Germany.

After Nikolay Rubinstein's death, Klindworth returned to Germany where he became co-conductor of the Berlin Philharmonic Orchestra in 1882, and founded his own piano conservatory in the German capital two years later.

Tchaikovsky dedicated two of his piano works to Karl Klindworth:

4 letters from Tchaikovsky to Karl Klindworth have survived, dating from 1878 to 1890, all of which have been translated into English on this website: