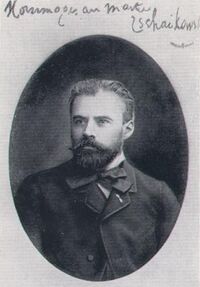 When composing his Six French Songs, Op. 65 in 1888, Tchaikovsky set three poems from Collin's cycle Melodies, published in 1878: Déception (No. 2 in the set of songs), Sérénade (No. 3) and Rondel (No. 6). The text of Qu'importe que l'hiver (No. 4) comes from the untitled fourth poem in Collin's cycle Poème d'Octobre, also published in 1878.