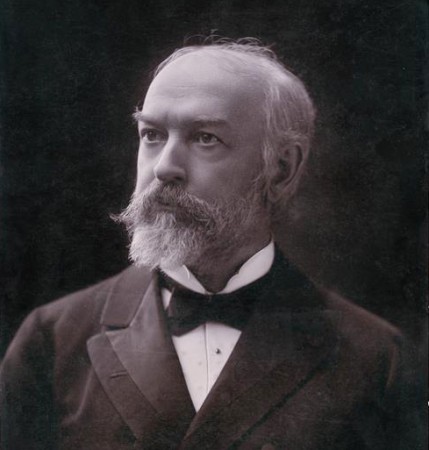 Šubert was the director of the National Theatre in Prague from 1883 to 1900 and one of the initiators of the invitation which the Umělecká beseda (the Czech Artists' Forum) extended to Tchaikovsky in 1888. The composer arrived in Prague on 31 January/12 February 1888 and conducted a number of concerts, as well as a staged performance of Act II of Swan Lake at the National Theatre (for details on his conducting schedule, see the entry on Prague). At one of the banquets held in Tchaikovsky's honour before he left on 10/22 February, Šubert asked him if he would come to Prague again to conduct one of his latest operas (at that point only The Maid of Orleans had been staged in the Bohemian capital). Tchaikovsky replied that he was unsure whether the subjects of his operas could interest people outside Russia. The following conversation then ensued, as recounted by Šubert in his memoirs:

— "Which one of your works do you like more than all the others?" — I asked.
— "More than all the others?" — Pyotr Ilyich repeated, leaning back on his chair and looking at me very attentively. On his oblong face, which reminded me of pictures of St Peter, I could notice a certain agitation — much more than I could have imagined. His face expressed both expectation and at the same time the fear of being disillusioned.

He drew forward again, bowed his head towards the table, moved his right hand in the air as if he were picking out some tune, and, with a somewhat faint, almost muffled voice, said:
— "There is one operatic work of mine which I like more than the rest, but it isn't comprehensible anywhere outside of Russia".
— "Which one is it?" — I enquired.
— "It isn't a dramatic work, but just scenes" — and, looking aside, he repeated: — "Indeed, it's quite impossible".
— "Here in Prague it is possible to achieve things in art which would probably be inconceivable anywhere else", — I replied. — "We are closer to one another than other nations. And that is why perhaps you might be so kind as to at least tell me what your favourite work is called".
— "Yevgeny Onegin" — Tchaikovsky quickly uttered, adding just as hastily, — "but it isn't really an opera, it's not a drama, it's just some lyrical scenes"...

Fortunately for me, and to Tchaikovsky's delight, I could not but say what I had just said to him. His eyes glistened with joy. He got up and seized my hand across the table — I was sitting in front of him — and after shaking it all he said was: "I'll come back to Prague, I definitely will'" [1].

Tchaikovsky kept his promise and returned to Prague later that year, to conduct the Czech premiere of Yevgeny Onegin at the National Theatre on 24 November/6 December 1888, with Berta Foerstrová-Lautererová giving a very fine performance as Tatyana. The exceptional success of this opera on Czech soil was a great boost to the composer's morale. Šubert also met Tchaikovsky during his third visit to Prague in October 1892, to attend the Czech premiere of The Queen of Spades.

16 letters from Tchaikovsky to František Šubert have survived, dating from 1888 to 1892, all of which have been translated into English on this website::

15 letters from František Šubert, dating from 1888 to 1893, are preserved in the Klin House-Museum Archive.