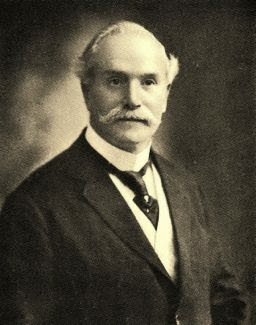 Klein began his career as a vocal teacher at the Guildhall School of Music in London. In 1876 he took up musical journalism, writing for The Sunday Times from 1881–1901, and also contributed prolifically to The Musical Times, amongst other publications. In 1901 Klein moved to New York, where wrote for The New York Herald while continuing to work as a singing tutor. He was one of the first critics to take notice of the gramophone and was appointed "musical adviser" to Columbia Records in 1906 in New York. He returned to England in 1909.

Klein wrote over half a dozen books about music and singers, as well as English translations of operas and art songs. He was a noted authority on Gilbert and Sullivan. In 1924 he began writing for The Gramophone and was in charge of operatic reviews, as well as contributing a monthly article on singing, from then until his death.

Klein first encounter with Tchaikovsky was at a concert in London on 10/22 March 1888, which he described in his capacity as music critic of The Sunday Times [2]:

M. Tschaikowsky made his first bow — or, rather, the first of several very profound and rapid bows — before an English audience at the Philharmonic Concert on Thursday. A hearty reception awaited him as was fitting in the case of one of the most distinguished of Russian composers [...] M. Tschaikowsky is not quite forty-eight, but he looks older, his hair and close-cut beard being perfectly grey. By his intelligent and animated beat, I should judge him to be a good conductor. It was a pity, though, that he should not have been represented in Thursday's scheme by a work of first-class importance, instead of a Serenade for Strings and a movement of a suite [3], neither of them worthy of this genius in its highest phase. The predominant impression left behind is tinged with a certain coarseness, not to say vulgarity of treatment. M. Tschaikowsky had to respond to two recalls after the Serenade, which brought out the tone of the Philharmonic strings with wonderful sonorousness and purity of quality [4].

When Tchaikovsky returned to England in the summer of 1893 to collect his honorary doctorate of music from Cambridge University, he found himself sharing a railway carriage with Klein on the journey from London to Cambridge. Klein recalled the occasion at length in his memoirs, published ten years later [5]:

In the autumn of 1892 the Russian master's opera "Eugény Onégin" was produced in English at the Olympic Theatre, under the management of Signor Lago, with Eugène Oudin in the title part [6]. It met with poor success, and after a few nights was withdrawn [7].

In the June of 1893, Tschaikowsky came to England to receive the honorary degree of "Mus. Doc." at Cambridge University; the same distinction being simultaneously bestowed upon three other celebrated musicians — Camille Saint-Saëns, Max Bruch, and Arrigo Boïto. By a happy chance I travelled down to Cambridge in the same carriage with Tschaikowsky. I was quite alone in the compartment until the train was actually starting, when the door opened and an elderly gentleman was unceremoniously lifted in, his luggage being bundled in after him by the porters. A glance told me who it was. I offered my assistance, and, after he had recovered his breath, the master told me he recollected that I had been presented to him one night at the Philharmonic. Then followed an hour's delightful conversation.

Tschaikowsky chatted freely about music in Russia. He thought the development of the past twenty-five years had been phenomenal. He attributed it, first, to the intense musical feeling of the people which was now coming to the surface; secondly, to the extraordinary wealth and characteristic beauty of the national melodies or folk-songs; and, thirdly, to the splendid work done by the great teaching institutions at St. Petersburg and Moscow. He spoke particularly of his own Conservatory at Moscow, and begged that if I ever went to that city I would not fail to pay him a visit [8]. He then put some questions about England and inquired especially as to the systems of management and teaching pursued at the Royal Academy and the Royal College. I duly explained, and also gave him some information concerning the Guildhall School of Music and its three thousand students. It surprised him to hear that London possessed such a gigantic musical institution.

"I don't know", he added, "whether to consider England an 'unmusical' nation or not. Sometimes I think one thing, sometimes another. But it is certain that you have audiences for music of every class, and it appears to me probable that before long the larger section of your public will support the best class only". Then the recollection of the failure of his "Eugény Onégin" occurred to him, and he asked me to what I attributed that — the music, the libretto, the performance, or what? I replied, without flattery, that it was certainly not the music. It might have been due in some measure to the lack of dramatic fibre in the story, and in a large degree to the inefficiency of the interpretation and the unsuitability of the locale. "Remember," I went on, "that Pushkin's poem is not known in this country, and that in opera we like a definite dénouement, not an ending where the hero goes out at one door and the heroine at another. As to the performance, the only figure in it that lives distinctly and pleasantly in my memory is Eugène Oudin's superb embodiment of Onégin".

"I have heard a great deal about him", said Tschaikowsky; and then came a first-rate opportunity for me to descant upon the merits of the American barytone. I aroused the master's interest in him to such good purpose that he promised not to leave England without making his acquaintance, — "and hearing him sing?" I queried. "Not only will I hear him sing, but invite him to come to Russia and ask him to sing some of my songs there", was the composer's reply as the train drew up at Cambridge, and we alighted [9]. Tschaikowsky was to be the guest of the Master of Merton [10], and I undertook to see him safely bestowed at the college before proceeding to my hotel. Telling the flyman to take a slightly circuitous route, I pointed out various places of interest as we passed them, and Tschaikowsky seemed thoroughly to enjoy the drive. When we parted at the college, he shook me warmly by the hand and expressed a hope that when he next visited England he might see more of me. Unhappily, that kindly wish was never to be fulfilled.

The group of new "Mus. Docs." was to have included Verdi and Grieg [11], but these composers were unable to accept the invitation of the University. However, the remaining four constituted a sufficiently illustrious group, and the concert at the Cambridge Guildhall was of memorable interest. Saint-Saëns played for the first time the brilliant pianoforte fantasia "Africa", which he had lately written at Cairo; Max Bruch directed a choral scene from his "Odysseus"; and Boïto conducted

the prologue from "Mefistofele", Georg Henschel singing the solo part. Finally, Tschaikowsky directed the first performance in England of his fine symphonic poem, "Francesca da Rimini", a work depicting with graphic power the tormenting winds wherein Dante beholds Francesca in the "Second Circle" and hears her recital of her sad story, as described in the fifth canto of the

"Inferno". The ovation that greeted each master in turn will be readily imagined. A night or two later I met Boïto at a reception given in his honour by my friend Albert Visetti, and the renowned librettist-composer did me the pleasure of accompanying me to the last Philharmonic concert of the season, at which Max Bruch conducted a couple of works and Paderewski played his concerto in A minor.

Tschaikowsky and Eugène Oudin duly met. The latter sang the "Serenade de Don Juan" [12] and other songs of the Russian master, and so delighted him that the visit to St. Petersburg and Moscow was immediately arranged.