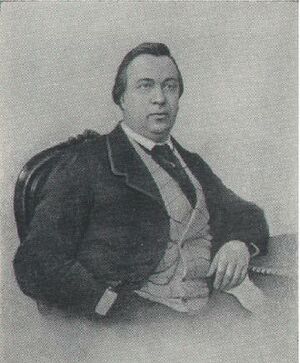 Born to a poor family, Samarin made his stage debut in 1832 while still a student at the Moscow Theatrical School. He went on to have a long and distinguished career at the Maly Theatre in Moscow (1837–1885). He was also professor of drama classes at the Moscow Conservatory, where he directed a student production of Tchaikovsky's opera Yevgeny Onegin in 1879,

In 1884 Tchaikovsky wrote an entr'acte for string orchestra entitled A Grateful Greeting as part of the celebrations for Samarin's 50th year as an artist. After the actor's death this was published under the title Elegy.