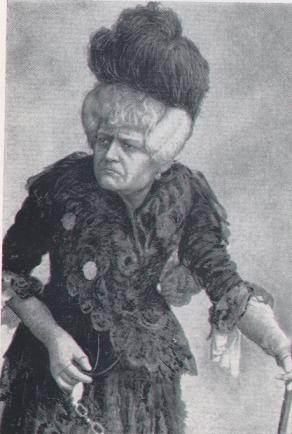 She performed the role of the Countess at the first production at the National Theatre in Prague of Tchaikovsky's The Queen of Spades (30 September/12 October 1892). Tchaikovsky, who attended this performance, "of all the members of the cast liked most of all Madame Bradačova-Vykoukalová, who displayed the talent of a great dramatic actress in her interpretation of the role of the Queen of Spades [i.e. the Countess]" [1]. At her request Tchaikovsky sent her his photograph on 4/16 November 1892 and in the accompanying letter asked her in turn to provide him with a photograph of herself in the role of the Countess (Letter 4796). The singer duly replied from Prague on 7 February 1893 [N.S.]: