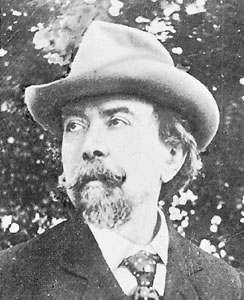 The son of an Italian father and English mother, Sgambati first played the piano in public at the age of six. After his father's death in 1849 he was educated at Trevi, where he gained experience in composition and as a singer and conductor. At the age of 19 he returned to Rome, where in 1862 he met Franz Liszt, who took him on as a student, and introduced him to Richard Wagner. In 1866, Sgambati founded a series of chamber concerts, where he promoted German classics to Italian audiences. He went on to tour Germany, England, Italy, France and Russia as a pianist and conductor.

One letter from Tchaikovsky to Giovanni Sgambati has survived, dating from 1890, and has been translated into English on this website:

2 letters from Sgambati to Tchaikovsky, both dating from 1890, are preserved in the Klin House-Museum Archive.