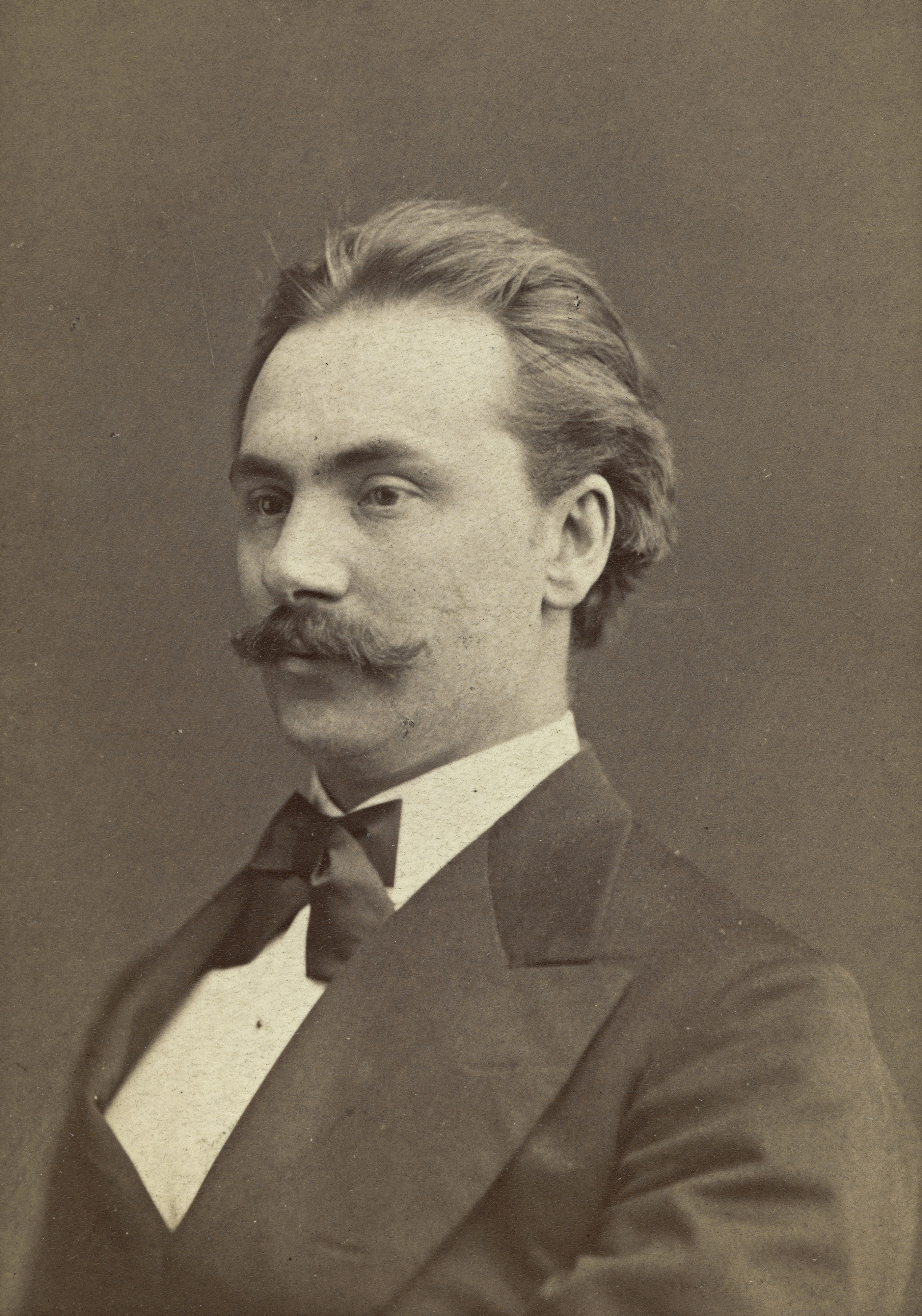 The son of a humble orchestra musician, Svendsen received the chance to go abroad in 1863 in order to study at the Leipzig Conservatory, where his teacher in composition was Carl Reinecke. It was also in Leipzig that he met his fellow countryman Edvard Grieg in 1865, and the two became lifelong friends, equally devoted to the cause of making Norwegian music known to the world. Svendsen completed his studies in 1867 and spent some years abroad before returning to his native Christiania in 1872. Having won early acclaim with a number of chamber music works written while he was still in Leipzig, he had gradually also discovered his great talent as a conductor. In the same year that he returned to Norway he was appointed co-conductor with Grieg of the Music Association Orchestra in Christiania, where the two friends, struggling against adverse conditions, tried to raise the level of musical life in the city [1]. To make ends meet, Svendsen also had to do a lot of teaching, which took away his time for composing. In 1874, he and Grieg successfully applied to the Norwegian Parliament for an annual stipend, and they were the first Norwegian composers to receive such a distinction. Although this grant made the situation somewhat better, in 1883 Svendsen decided to leave Norway to take up the post of musical director at the Royal Danish Theatre in Copenhagen. He would remain in this post until his retirement in 1908, achieving great renown as a conductor, but he effectively gave up his creative work after settling in the Danish capital.

Now remembered mainly for his Violin Romance, Op. 26 (1881), Svendsen made his mark as a composer in the latter half of the 1860s, with his String Quartet, Op. 1 (1865) and String Octet, Op. 3 (1866), as well as a number of orchestral works. Indeed, for a few years Svendsen was more well-known in the concert-halls of Europe than Grieg, and this explains why during the period that Tchaikovsky regularly contributed music review articles on concerts in Moscow (1872–75) he discussed a number of works by Svendsen but none by Grieg. Reviewing Svendsen's Violin Concerto in 1872, which he had heard in a fine performance by Ferdinand Laub, Tchaikovsky praised the Norwegian's use of Scandinavian folksongs but deplored the fact that he was steeped in "German routine" (see TH 268). Two years later, however, Tchaikovsky, discussing the abovementioned chamber music works, argued quite the opposite: Svendsen was quite "free from German routine" and his music was "full of life, verve, brilliance, and spontaneity" (TH 295)!

Although with time Tchaikovsky would come to appreciate the music of Grieg much more than Svendsen's, especially after his remarkable meeting with the former in Leipzig on 1 January 1888 [N.S.], it is significant that in his Autobiographical Account of his tour to Europe that year, he emphasized how both Grieg and Svendsen were very popular in Russia. Touching briefly, in an interview of November 1892 published as A Conversation with P. I. Tchaikovsky, on the healthy state of music in Scandinavia, Tchaikovsky spoke warmly of "the ingenious Svendsen, who is so rich in mastery".

Svendsen never seems to have met Tchaikovsky, but he did hold his Russian contemporary in great esteem and in the philharmonic concerts that he conducted in Copenhagen he presented a number of Tchaikovsky's works to the Danish public. In the first letter that Grieg wrote to the Russian composer, from Leipzig on 27 February 1888, he referred to this circumstance: "I got a letter from Svendsen today. He writes that by performing your works in both Copenhagen and Christiania he has expressed his high regard for you, also that he hopes for your participation at one of his philharmonic concerts next year" [2]. Tchaikovsky, in his reply to Grieg on 2 March 1888 (sent from Paris, the penultimate stop of his concert tour), enthusiastically accepted this invitation: "Please write to Svendsen that I thank him heartily and certainly will be prepared to collaborate with him at his concerts next year" [3]. Unfortunately, nothing came of this idea and Tchaikovsky never visited Copenhagen, although over the following years he did make plans for a concert tour of Scandinavia that also never materialized [4].

From the memoirs of Nikolay Kashkin we know that Tchaikovsky and Svendsen corresponded in the autumn of 1893. Tchaikovsky was apparently intending to visit Stockholm that winter, where he was to give two concerts, and it seems that Svendsen had heard of this and seized the opportunity to persuade the Russian composer to stop at Copenhagen on the way to Sweden. Thus, Kashkin, writing in 1895–96, noted how: "The composer Svendsen recently informed me from Copenhagen that he received a letter from Tchaikovsky, announcing that he would soon come to Denmark, in the morning of the same day on which the evening editions of the newspapers published a telegram about his death" [5]. This letter from Tchaikovsky to Svendsen (presumably dating from the end of October 1893) has not survived.

After the Russian composer's death Svendsen's interest in his music by no means diminished, as we may see from a letter which Grieg sent to his friend and compatriot from Leipzig in November 1895, shortly after hearing Arthur Nikisch conduct a performance of the Sixth Symphony: "I have been so fortunate as to hear some exceptionally important new works. First, Tchaikovsky's posthumous [sic] Symphony in B minor (Pathétique). A remarkable work! Weren't you planning to perform it next spring?" [6]. This shows that, alongside his demanding work as conductor at the Royal Danish Opera, Svendsen was still persisting in his selfless endeavour to introduce Scandinavian audiences to the music of Tchaikovsky.

As mentioned above, Nikolay Kashkin's memoirs suggest that Tchaikovsky wrote at least one letter to Svendsen in October (?) 1893, which has unfortunately been lost.