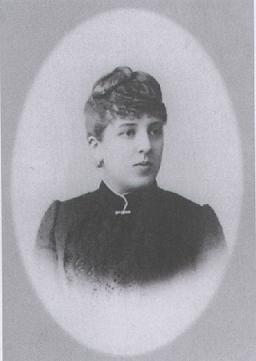 In 1881 Tchaikovsky dedicated his piano piece Polka peu dansante (No. 2 of the Six Pieces, Op. 51) to his niece Anna. The previous year he had also written a Chorus for Students of the Patriotic Institute at her request, which has now been lost.

One letter from Tchaikovsky to Anna von Meck (Davydova) has survived, dating from 1882, and has been translated into English on this website:

8 letters from Anna to her uncle, dating from 1878 to 1891, are preserved in the Klin House-Museum Archive.