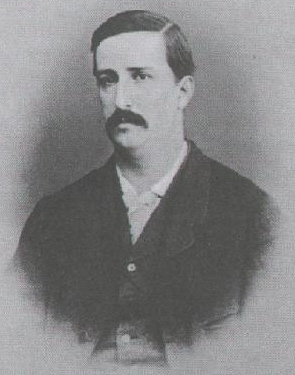 The illegitimate son of a Georgian prince, he was brought up by his Russian mother who also made sure that the musically gifted boy received piano lessons. Borodin's interest in science also manifested itself at an early age, and he decided that he wanted to become a doctor. In 1850, he enrolled at the Medico-Surgical Academy in Saint Petersburg, where he continued to study music privately. In March 1857, while working as a house-surgeon in a military hospital he met Modest Musorgsky, but they did not yet become friends. In 1858, Borodin received his doctorate and was awarded a scholarship to undertake further research training abroad. From 1859 to 1862 he worked at various laboratories in Heidelberg, Pisa, and Paris, publishing at least ten research papers on organic chemistry.

Borodin returned to Saint Petersburg in the autumn of 1862 and was appointed professor of chemistry at the Medico-Surgical Academy. In 1863, he married Yekaterina Sergeyevna Protopopova (1833-1887), an accomplished amateur pianist. Borodin himself played the cello and regularly took part in chamber music evenings at the house of his colleague, the famous doctor Sergey Botkin (1832–1889).

It was also in the autumn of 1862 that he first met Mily Balakirev and became a member of his circle (the "Mighty Handful"). As the eldest member of the group, Borodin showed considerable independence and did not share all the aesthetic principles of the new Russian school. Thus, in contrast to the other members of the Balakirev circle, he cultivated his love of chamber music (especially Beethoven and Mendelssohn) and would eventually write two fine string quartets, completed in 1879 and 1881 respectively. His teaching obligations and laboratory work also meant that he could not attend the meetings of the circle so frequently. Encouraged by Balakirev, he started work on his First Symphony in 1863, finally completing it in 1867. It was the first truly successful Russian symphony (since Nikolay Rimsky-Korsakov's first foray into this genre two years earlier had been flawed in some respects — see Tchaikovsky's article TH 257).

Apart from his scientific research and teaching (his work-load increased further by the Higher Women's Courses [Высшие женские курсы] which he helped set up in 1872 to provide women in Russia with the opportunity to study medicine), Borodin's efforts as a composer in the 1870s were mainly concentrated on completing his famous Second Symphony (1869–76), which became known as the "Bogatyrskaya" (from bogatyr', the knight-heroes of Russian folklore) because of its powerful and menacing opening theme, and which, thanks also to the striking originality and lyricism of the other movements, would soon become one of the most popular Russian symphonic works in Western Europe. In 1874, inspired by a visit to the ancient Russian city of Vladimir-Suzdal, he resumed work on Prince Igor.

In this task he received much valuable support from the ever-enthusiastic Stasov, who provided him with copies of the Old Russian chronicles, epic songs, and ethnographic studies of the Polovtsian tribes. Studying all this material helped Borodin to produce a remarkably rich libretto for his opera. Together with Rimsky-Korsakov, Stasov also kept prodding Borodin to devote himself in earnest to Prince Igor instead of treating it as a hobby to occupy the little spare time that he had left after his work at the Academy. Borodin, however, a very modest man, continued to regard himself as an amateur. Thus, when he met Liszt during a summer vacation in Weimar in 1875, he joked that he was a "Sunday composer" (Sonntagmusiker), whereupon the great master had replied that Borodin had nothing to be ashamed of, since Sunday is always a special day ("Aber Sonntag ist immer ein Feiertag!").

Tchaikovsky first met Borodin in March 1868, on his first visit to Balakirev's flat in Saint Petersburg. They respected each other mutually and would meet a number of times in the following two years, but they never became close friends, and no correspondence seems to have been exchanged between them. At around that time, Borodin asked Vladimir Stasov to suggest a suitable subject for an opera, and in April 1869 the latter proposed the medieval poem The Lay of Prince Igor's Campaign [Слово о полку Игореве] about a 12th century Russian prince's defeat at the hands of the Polovtsians. The idea captivated Borodin's imagination and he soon started making sketches for his epic opera Prince Igor, using a detailed scenario that Stasov had sent him. A year later, though, after composing Yaroslavna's lament, his interest in the subject cooled and he stopped working on Prince Igor.

Tchaikovsky, who does not seem to have met Borodin at all during the 1870s, was aware of the way in which the latter was working on Prince Igor by fits and starts, and when asked in 1878 by Nadezhda von Meck to spell out his views on the members of the "Mighty Handful", he characterized Borodin as follows: "Borodin is a fifty-year old professor of chemistry at the Medical Academy. He also has talent — and a strong one, too — but it has perished due to insufficient knowledge [of music theory], as well as due to Fate, which has landed him in a chemistry faculty instead of making him an active musician. However, he does have less taste than Cui, and his technique is so weak that he can't write a single line without others helping him" [1]

This was a somewhat bleak assessment, but it is true that Borodin needed a lot of prodding from his friends in Saint Petersburg to actually get down to the orchestration of the numbers of Prince Igor which he had written so far, and that Rimsky-Korsakov had to help him with the scoring of the now world-famous Polovtsian Dances. (These were performed separately at Free Music School concerts in the 1879–80 season.) On the other hand, though, Borodin did not allow himself to be influenced unduly by the tenets of the "Mighty Handful" and insisted on writing a melodious opera that had few recitatives and resolutely placed the singers in the foreground rather than the orchestra. Tchaikovsky's bitter observation that fate had prevented him from becoming a full-time composer was borne out to some extent in the way Borodin himself despaired of ever completing Prince Igor (in 1882 he referred to it as his "unfinishable opera").

Borodin did, however, manage to complete other works started in the 1870s, including those two string quartets, several songs, and the symphonic tableau In the Steppes of Central Asia (1880), and he was by no means regarded as a dilettante by the public or the critics. It was in fact at a triumphant performance of the "Bogatyrskaya" Symphony in Moscow on 18/30 December 1880 that Tchaikovsky met Borodin again.

The pressure of work at the Medico-Surgical Academy, as well as the chronic illness of his wife, not only deprived Borodin of the peace of mind he needed in order to devote himself to his music, but also undermined his health. On 15/27 February 1887, he suffered a heart attack and died, leaving behind just a few fragments of the orchestral score of Prince Igor. Tchaikovsky was greatly saddened by this unexpected death, and after reading Stasov's obituary, he wrote to him on 29 April/11 May 1887: "I have the most pleasant recollections of the deceased. His gentle, refined, and graceful nature was very much to my liking. It's hard for me to believe that he's no longer alive" [2]. Tchaikovsky attended two concerts in Saint Petersburg given in memory of Borodin — on 23 February/7 March 1887 and on 24 October/5 November 1887: the former conducted by Anton Rubinstein and featuring the late composer's First Symphony and a number of his songs performed by Yelizaveta Lavrovskaya, as Tchaikovsky recorded in his diary afterwards: "Symphony and songs of poor Borodin" [3]; the latter conducted by Rimsky-Korsakov and featuring excerpts from Prince Igor, the Second Symphony, and In the Steppes of Central Asia) [4]. From diary entries for September 1887, we also know that Tchaikovsky tried to encourage Herman Laroche to write an obituary of Borodin, but unfortunately nothing came of this idea.

While Rimsky-Korsakov and Aleksandr Glazunov set about the momentous task of preparing Prince Igor for publication (writing down from memory the musical ideas that Borodin had played to them on the piano, and orchestrating the many numbers for which the composer had just left a vocal-piano reduction), Tchaikovsky continued to show great admiration for Borodin's music. Thus, on 10/22 June 1888 he wrote to the German conductor Julius Laube (who, thanks to Tchaikovsky's recommendation, had come all the way from Hamburg to Russia with his orchestra, to give summer concerts in Pavlovsk), requesting the latter to perform the works of other Russian composers (rather than just his own). After recommending above all Glinka's symphonic pieces, followed by Rimsky-Korsakov's Capriccio espagnol (1887) and Glazunov's Second Symphony (1886), Tchaikovsky noted: "It wouldn't be a bad idea to have something by the late Borodin and by the late Musorgsky, too; I especially recommend to you From Central Asia, a symphonic poem by Borodin, which is very beautiful" [5].

Finally, thanks to the self-sacrificing efforts of Rimsky-Korsakov and Glazunov, Borodin's Prince Igor had its premiere at the Mariinsky Theatre in Saint Petersburg on 23 October/4 November 1890. Tchaikovsky was in Tiflis at the time, but he had studied the published score of the opera carefully and rated it highly. In an interview he gave to a Moscow newspaper in April 1892 he referred to Prince Igor with evident admiration (see TH 323), and he even considered conducting the opera himself. Nothing came of this plan, but the following year, at a Russian Musical Society Concert in Odessa on 23 January/4 February 1893 Tchaikovsky conducted Borodin's First Symphony.