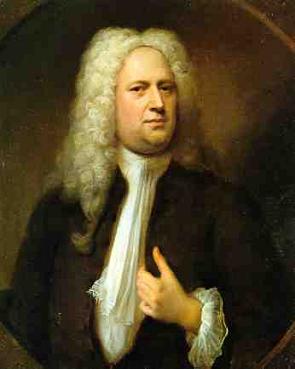 In the Foreword to his 1898 edition of Tchaikovsky's music-review articles, Herman Laroche stated quite bluntly that his late friend "could not stand Handel at all" [1], and this is certainly confirmed by Tchaikovsky's diary entry of 20 September/2 October 1886 (quoted below). Still, Tchaikovsky did make a distinction between Handel's oratorios, which in an article of 1872 (TH 269) he described as "dry and colourless" (except for the famous "Hallelujah" chorus in Messiah), and his operas, which, as he pointed out in that article, were written in an altogether different style. This suggests that Tchaikovsky was familiar with at least a few of Handel's operas (it is unlikely that he would have had the chance to see any full stage performances, but arias from them were sometimes performed at Russian Musical Society concerts).

In that article of 1872, Tchaikovsky also recalled a performance of the "Hallelujah" chorus by a thousand-strong choir at the Crystal Palace in London and the unforgettably "overwhelming" impression which it had caused on him. This concert must have taken place on 8 or 9 August 1861 [N.S.] during his first trip to Western Europe, which included a five-day stay in London. However, despite his admiration for the "Hallelujah" chorus, Tchaikovsky does not seem to have changed his overall negative opinion of Handel. It is interesting, though, that in April 1883 Sergey Taneyev shared with him his impressions of a Russian Musical Society concert conducted by Anton Rubinstein in Saint Petersburg at which Handel's oratorio Israel in Egypt (1739) was performed in its entirety. Taneyev had studied the score carefully in preparation for the concert and in his letter to Tchaikovsky described enthusiastically the beauty of the first part, especially the vivid depictions of the plagues visited upon Egypt. Taneyev even compared the sound of some of the majestic choruses in this oratorio with the finale of Beethoven's Fifth Symphony, pointing out to his former teacher that Beethoven in his time had been a fervent admirer of Handel (for his ability to achieve great effects with such simple means) [2]. Taneyev also informed Tchaikovsky that he was translating and transcribing for piano some of the choruses from this oratorio as well as from Samson (1743) and that he hoped to play them to him some day.

Tchaikovsky himself had the chance to hear a performance of Israel in Egypt during a student concert at the Moscow Conservatory on 7/19 December 1886, but a laconic diary entry for that day records the effect it produced on him as "boring" [3]. From his diaries, we also know that during his American tour Tchaikovsky attended a full performance of the same Handel oratorio at the newly inaugurated Music Hall (later the Carnegie Hall) in New York on 9 May 1891 [N.S.], and this time the impression confided to his diary was more positive: "the performance was excellent" [4].

As for the predecessors of these two, what I would say is that I like playing Bach because it is entertaining to play a good fugue, but I do not acknowledge in him (as others do) a great genius. Handel for me has very much a fourth-rate significance, and in his music there isn't even anything entertaining. Gluck, despite the relative poverty of his creative faculty, I find attractive. I like a thing or two in Haydn's music. However, all these four big shots [[[Bach]], Handel, Gluck, and Haydn] are amalgamated in Mozart. He that knows Mozart knows everything that was good about these four, since, being the greatest and most powerful of musical Creators, he did not disdain to take them under his wing, thereby saving them from oblivion. They are like rays which are submerged in the sun that Mozart is [5].

On Specific Works by Handel