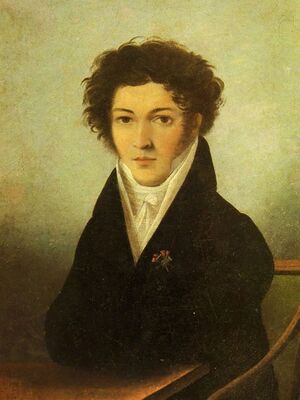 Tchaikovsky's Settings of Works by Batyuskhov

Batyuskhov's poem Epitaph for a Shepherdess (Надпись на гробе пастушки), published in 1810, was used by Tchaikovsky in Polina's Romance (Act I, No. 8) of the opera The Queen of Spades (1890).

The short verse Apophthegm of Melchizedek (Изречение Мельхиседека), written around 1821 but not published until 1834, was quoted in the concert programme (and possibly the manuscript score) of Tchaikovsky's symphonic fantasia Fatum (1868), although it was apparently unknown to the composer at the time the fantasia was written.