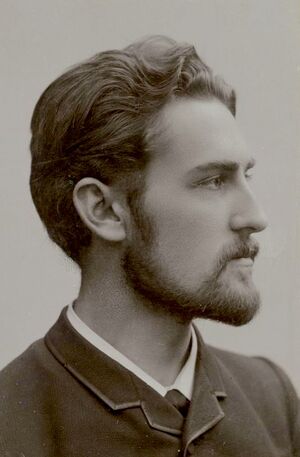 Kajanus studied music in Helsinki, Leipzig and Paris, and worked in Dresden following is graduation. In 1882 he returned to Helsinki, and founded the city's Philharmonic Society (known after 1914 as the Finnish National Orchestra), serving as their conductor for exactly fifty years. He was a champion of the works of Sibelius, and recorded many of them onto disk for EMI-Columba during the early 1930s.

In 1897 he was appointed director of music at Helsinki University, where he remained until 1926. He was also the founder of the Nordic Music Festival in 1919.

One letter from Tchaikovsky to Robert Kajanus has survived, dating from 1893, which has been translated into English on this website:

One letter from Kajanus to Tchaikovsky is preserved in the Klin House-Museum Archive.