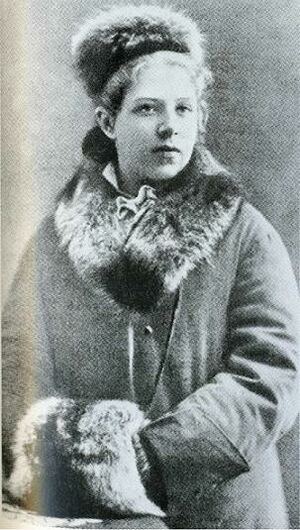 Tchaikovsky was close to his niece, and when in 1883 she became pregnant by Stanislav Blumenfeld (1850–1897), the composer and his brother Modest were the only two members of the family to be entrusted with the secret; they took Tatyana to Paris, and arranged her medical care. After she gave birth to a boy, Georges-Léon, the composer himself registered the child's birth, organised his baptism, and provided financial support. Tchaikovsky also helped to arrange Georges-Léon's eventual adoption by his brother Nikolay.

In 1880 Tchaikovsky dedicated his set of Six Duets, Op. 46 to Tatyana.

2 letters from Tchaikovsky to Tatyana Davydova have survived, dating from 1878 and 1881, and have both been translated into English on this website:

9 letters from Tatyana Davydova to the composer, dating from around 1878 and 1879, are preserved in the Klin House-Museum Archive.