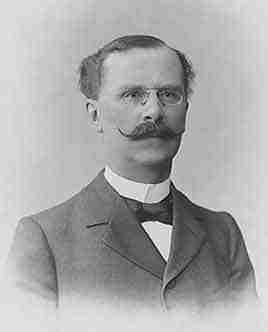 He was the son of Fyodor Karlovich Valts (b. Waltz), an Estonian German who settled in Russia, who worked as machinist at the Bolshoi Theatre in Saint Petersburg. In 1861, Karl became the machinist and stage designer for both the Bolshoi and Maly Theatres in Moscow, and was renowned for his remarkable theatrical effects (e.g. sunrises/sunsets, waterfalls, rivers, storms, fires and floods), made possible by his outstanding knowledge in the fields of mechanics and pyrotechnics. He worked on all of Tchaikovsky's ballets, as well as the first productions of Yevgeny Onegin at the Maly Theatre (1879), and of Cherevichki at the Bolshoi (1887). For the scene in the Tsarina's palace in Act III of the latter opera, Valts was dispatched to Tsarskoye Selo to make some sketches of the famous Amber Room in the Catherine Palace [1].

Karl Valts' memoirs, Sixty-Five Years in the Theatre (1928), include an interesting account of his work with Tchaikovsky on the first production of Swan Lake (1877):

Among the new ballets of that time it is essential to single out the appearance of such a major work as Swan Lake. Back then almost nobody understood the musical beauties of this ballet and the new manner in which it was constructed; people just saw in it an unusual stage production, which seemed boring and pointless. True, that was a time when something quite different was expected from ballet music: there was nothing faintly resembling symphonic development, and what prevailed instead were just light dance motifs that everybody liked. It was even standard practice for choreographers to give precise instructions to the composer, saying what melodies they required for so and so a dance. Before he set about writing his ballet P. I. Tchaikovsky spent a lot of time looking for someone he could ask for exact specifications regarding the music which was required for the dances. He even asked me how he should go about the dances, that is how long they ought to be, how many steps they were supposed to have and that kind of thing. As I was not very competent in such matters, I could hardly give him any indications of course. When the ballet was being staged P. I. Tchaikovsky actively participated in the design of the sets and decorations, and we had many conversations about this. Pyotr Ilyich was particularly concerned about the final act. In the storm scene, when the lake bursts its banks and floods the whole stage, Tchaikovsky insisted that we recreate a real whirlpool — the branches and boughs of the surrounding trees were to break off, fall into the water, and be swept away by the waves. This scene turned out to be very successful and effective, and Pyotr Ilyich was quite taken with it. After the storm, by way of an apotheosis, one could see how day was breaking, and as the curtain fell the trees were illuminated by rays from the rising sun. The first Odette was Karpakova... [2].

Valts also describes in his memoirs the strong impression which Yevgeny Onegin made on everyone after its first performance by students from the Moscow Conservatory in 1879. Nikolay Rubinstein insisted that it had to be staged at the Bolshoi Theatre and eventually managed to convince Tchaikovsky, who at first had objected, pointing to the many faults in Onegin and arguing that its modest conception made it unsuitable for a large opera stage.

According to Valts, Tchaikovsky had been extremely nervous at the premiere of his opera Cherevichki, as it was also his own debut as an opera conductor, and for this reason the new work was not a success. On the other hand, Valts thought him a splendid conductor at symphony concerts, but when he met him just before he set off for his American tour in April-May 1891, Tchaikovsky had confessed that he was very worried that the concerts he was due to conduct in New York would be a fiasco because of his lack of confidence on the rostrum. Valts had tried to reassure him as best as he could. After the composer returned to Russia from his American tour, which did after all turn out to be highly successful, it seems that Valts sent him a libretto for an opera-ballet on an oriental subject called Watanabe. This was not the first time that Valts hoped to collaborate with Tchaikovsky on a work for the stage: in the autumn of 1870 the composer had started work on a ballet Cinderella, whose scenario had been drawn up by Valts, but this project was soon abandoned. With regard to the libretto of Watanabe, Tchaikovsky was clearly more enthusiastic about the idea, albeit with some important reservations, since he wrote the following reply to Valts that summer (the summer of 1891):

I have read through Watanabe with the most intense delight. It is an enchanting subject, extremely poetic and at the same time full of effects. It is with the greatest pleasure that I am willing to write the music for it, but on the following conditions: 1) Watanabe must be a ballet-féerie and not an opera-ballet. I simply cannot accept or understand that indefinite and unappealing artistic genre which goes by the name of opera-ballet. It must be one thing or the other: either my characters will sing, or they will mime. To have them do both at the same time is quite inconceivable for me. Now as an opera, Watanabe is an unsuitable subject for me, since I am prepared to allow the fantastic element in opera only insofar as it does not prevent the action from being carried by real, ordinary people, with their simple human passions and feelings. But there is just no way I can have a Sun Prince singing. For it is only people who can sing—and, if you wish, also angels and demons who intervene in human affairs on an equal footing with people. Besides, Watanabe, Ga-tani, and Nao-Shik are beings who in my view lie outside the real world, and I really can see no other way of portraying them truthfully other than in a symphonic manner. That is why I regard Watanabe as an excellent ballet subject, and for this uncommonly well-chosen and outlined subject I am willing to write music that shall be as good as I can make it [3].

This letter is very interesting for what it reveals about Tchaikovsky's view of ballet plots as suitable for symphonic development — something that had become increasingly clear to him as he worked on The Sleeping Beauty in 1888–89 [4]. He also restates here his insistence that operas had to deal with real people whose feelings one could readily empathize with, rather than "puppets" such as those one encountered in Verdi's Aida, as he had pointed out in letters to Sergey Taneyev and others at the time he was working on Yevgeny Onegin.

Valts was a great admirer of Tchaikovsky's music, and one work which he found extremely moving and melodious was the Elegy for string orchestra (1884), dedicated to the memory of the actor Ivan Samarin. It was a pity, Valts notes in his memoirs, that this work had been completely forgotten and was never performed at concerts.

One letter from Tchaikovsky to Karl Valts has survived, dating from 1891, and has been translated into English on this website:

One letter from Valts to Tchaikovsky, dated 17/29 June 1891, is preserved in the Klin House-Museum Archive.