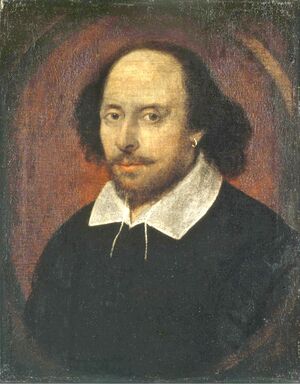 William Shakespeare (1564-1616)
in an unverified portrait

Tchaikovsky's Settings of Works by Shakespeare

A number of Tchaikovsky's works were inspired by Shakespeare:

During the winter of 1876/77 Tchaikovsky also considered writing an opera Othello to a libretto by Vladimir Stasov based on Shakespeare's play (1605), but nothing came of this project.