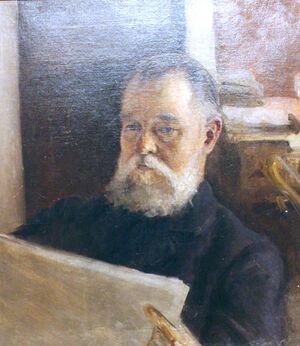 The son of Jögen Kirs Jurgenson, the captain of a fishing vessel, and his wife Aeta, Pyotr Jurgenson was born and educated in Reval. In 1850 he moved to Saint Petersburg, where he first worked as a salesman for the music sellers A. Bitner (1850–1855), and then became a music engraver for F. T. Stellovsky (1855–1859), before being appointed manager of the Schildbach brothers' publishing firm (1859–1861). In 1861, he became involved with the Moscow branch of the Russian Musical Society (later becoming one of its directors). On 10/22 August that year, Jurgenson opened his own music-publishing business on the corner of Dmitry the Great (Большая Дмтировка) and Stoleshnikova boulevard (Столешникова переулке).

This was facilitated by a growing number of overseas agents, such as Sennewald (Warsaw), Mackar (Paris), Rahter (Hamburg) and Forberg (Leipzig). Meanwhile his older brother Osip Jurgenson (1829–1910) had taken over Stellovsky's firm in Saint Petersburg, and was acting as distributor in the Imperial capital. Pyotr Jurgenson took over at least 17 smaller firms between 1870 and 1903, including Bernard (1885), Maykov (1889) and Sokolov (1896), and the business rapidly became the largest in Russia. In 1880, the firm moved to new premises at 14 Neglinny prospekt (Неглинний проспект), and the following year Jurgenson purchased a house in Khokhlovsky boulevard (Хохловский переулок), to which in 1895 a three-storey music printing factory was added.

In 2004, a new publishing house bearing the name "P. Jurgenson" was established in Moscow, as a successor to the original firm. Their publications include the Thematic and Bibliographical Catalogue of P. I. Čajkovskij's Works (2006).