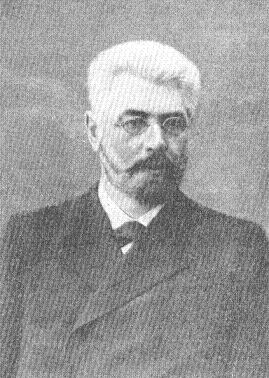 After receiving a military education, first at the Voronezh Cadet School, and then at the Aleksandrovsky Military Academy in Moscow, Shpazhinsky served for some years in an uhlan regiment. He eventually resigned his commission, though, and devoted himself to playwriting, while at the same time filling the gaps in his education by attending lectures at Moscow University. Shpazhinsky's first drama appeared in 1876, and over the following years he wrote stage works in all kinds of genres: tragedies, psychological and historical dramas, comedies, and individual scenes. Many of these were staged at the state theatres in Saint Petersburg and Moscow, as well as in the major provincial theatres. Before his collaboration with Tchaikovsky on the opera The Enchantress, Shpazhinsky had gained some experience as a librettist by providing, in 1883, Vladimir Kashperov with the libretto for an opera Taras Bulba, based on Gogol's tale [1].

Tchaikovsky's Settings of Works by Shpazhinsky

Among Shpazhinsky's most successful works was the costume drama The Enchantress (1884), which in the course of 1885 he adapted into a libretto at Tchaikovsky's request. The two men had first met in Moscow in January 1885 to discuss the details of their collaboration. Tchaikovsky also struck up a friendship with the playwright's wife Yuliya (b. Porokhontseva, ca. 1850-1919). When Yuliya became estranged from her husband and he forced her to move to Sevastopol with their children, Tchaikovsky sided with her and tried to give her moral support through his many letters to her.

After their collaboration on The Enchantress Tchaikovsky approached Shpazhinsky regarding a libretto for his projected opera The Captain's Daughter, based on Pushkin's historical novel. However, although Shpazhinsky set about writing this libretto in the spring of 1888, Tchaikovsky very soon decided to abandon the idea.

The previous year, Shpazhinsky had also conceived the idea for an operatic libretto based on Goethe's ballad Der Gott und die Bajadere (1797), which at first he intended to offer to the French-born Russian composer Anton Yulyevich Simon (b. 1851). However, as he explained in a letter to Tchaikovsky on 6/18 May 1887, Shpazhinsky felt that it would be a shame if a less gifted composer such as Simon used this splendid subject, and a few weeks later he sent the libretto to Tchaikovsky [2]. For a while Tchaikovsky considered writing an opera The Bayadere, but this idea was soon abandoned too. Seven years after Tchaikovsky's death, Shpazhinsky offered a libretto on the same subject to Rimsky-Korsakov, but the latter also turned it down eventually [3].

6 letters from Tchaikovsky to Ippolit Shpazhinsky have survived, dating from 1886 to 1888, all of which have been translated into English on this website:

24 letters from Ippolit Shpazhinsky to the composer, dating from 1885 to 1888, are preserved in the Klin House-Museum archive.