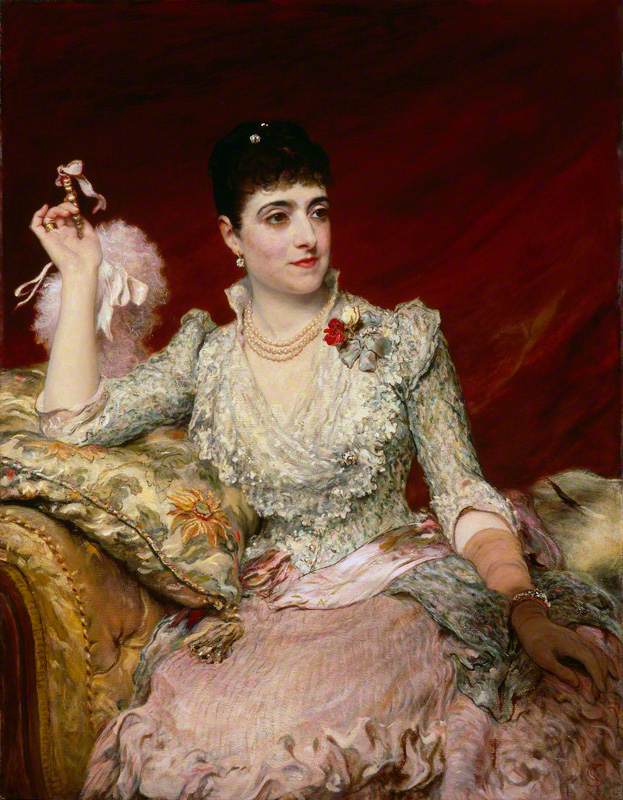 From a musical family, she toured the United States as a child prodigy with the violinist Ole Bull and in 1857 toured with Gottschalk. In 1859, when she was 16, she made her opera debut as Lucia di Lammermoor in New York, and two years later she appeared as Amina in La Sonnambula at Covent Garden, a role she repeated for her debuts in Paris (1862) and Vienna (1863). Her fame spread throughout Europe, and she was soon recognized as the greatest soprano of her day [1].

In the 1870s, Adelina Patti would also appear regularly with the Italian Opera companies in Saint Petersburg and Moscow, and Tchaikovsky would mention La Patti frequently in his music review articles, praising, in particular, her performances as Rosina in Rossini's The Barber of Seville and as Amina in La Sonnambula. Of the latter he wrote in November 1874:

If there is one singer in the whole world who is up to the mark of this magnificent music, then that singer is, of course, none other than Madame Patti. Her wondrous voice, her enchantingly sweet appearance, her acting which is free of any artificiality, the reliability of her intonation, her extraordinarily conscientious approach to her roles, the absolute purity of her coloratura technique—all these qualities combined mean that Patti fully deserved the ovations with which she was honoured at her benefit performance [...] Madame Patti received several valuable presents and was showered with flowers and laurel wreaths—which I am indeed very glad about because Madame Patti, I repeat, is not only a splendid and incomparable singer, but also the most conscientious of artistes [4].

True, from such a childishly graceful little woman as La Patti, full of feline agility and delightful coquettishness as she is, it is difficult to expect such striking flashes of genius and mighty talent as displayed by singers of the exclusive and rare calibre of, say, a Pauline Viardot, Angelina Bosio, Désirée Artôt, Tamberlik, or Mario, but this does not in any way mean that, apart from the charm of her voice (which everyone agrees on), Madame Patti has no other fine qualities. Leaving aside for one moment the ideal clarity of her coloratura singing and intonation, one just has to think how splendidly she has trained her voice, as a result of which all her vocal registers are of equal strength and quality. Her interpretation of her roles is, moreover, marked by a great deal of taste and plenty of genuine inward emotion. Here in La Traviata, in her Act II duet (with Signor Graziani, where there are none of those dazzling roulades and trills on which La Patti's enduring success is above all founded, she nevertheless caused a profound impression thanks to the sense of inescapable anguish and despair with which her performance was suffused [5].