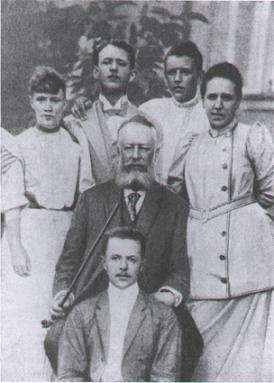 Natalya was the fourth daughter of the composer's sister Aleksandra (b. Tchaikovskaya, 1842–1891) and her husband Lev Davydov (1837–1896). In 1890 she married Nikolay Aleksandrovich Rimsky-Korsakov (1852–1908), who was a cousin of the composer Nikolay Andreyevich Rimsky-Korsakov, and also the widower of her deceased sister Vera. They had two sons — Sergey and Vladimir — and a daughter, Irina.

Her husband Nikolay, a vice-admiral in the Imperial Russian Navy, died in 1908. In 1923 Natalya emigrated to the United States, where she spent her last years in Center Moriches, Long Island, with her son Vladimir, who was a member of the library staff at Brookhaven National Laboratory [1].