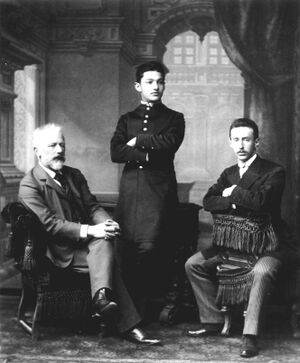 He was an important donor for the creation of the Museum of Old Petersburg in 1907, and was curator of the Hermitage Museum after the revolution of 1917. He emigrated to France in the 1920s.

2 letters from Tchaikovsky to Vladimir Argutinsky-Dolgorukov have survived, dating from 1888 and 1890, and have been translated into English on this website:

2 letters from Argutinsky-Dolgorukov to the composer, both dating from 1892, are preserved in the Klin House-Museum Archive.