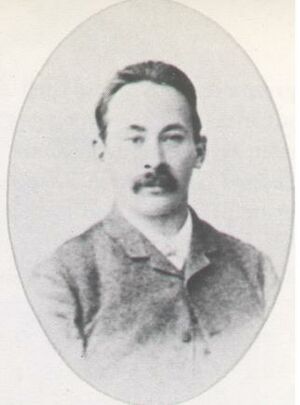 A contemporary of Tchaikovsky at the Saint Petersburg Conservatory, he was taught by Henryk Wienawski, Nikolay Zaremba and Anton Rubinstein, graduating in 1866. He then secured a position as choirmaster and conductor at the Russian Opera in Kiev (1867–1881), before becoming principal conductor at the Bolshoi Theatre in Moscow (1882–1906).

Altani premiered many of Tchaikovsky's works, including the festival overture The Year 1812 (1882) and the Elegy for string orchestra (1884). He also conducted the first performances at the Bolshoi Theatre of the operas Mazepa (1884), The Enchantress (1890), The Queen of Spades (1891) and Iolanta (1893). Altani also assisted Tchaikovsky with preparations to conduct Cherevichki at the Bolshoi Theatre in 1887.

7 letters from Tchaikovsky to Ipolit Altani have survived, dating from 1884 to 1889, all of which have been translated into English on this website:

5 letters from Altani to Tchaikovsky, dating from 1883 to 1891, are preserved in the Klin House-Museum Archive.