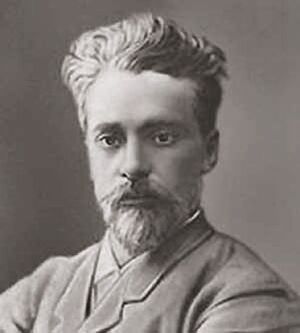 From 1861 to 1866 Makovsky studied at the Moscow School of Painting, Sculpture and Architecture (where he later taught from 1882 to 1894), gaining silver medals for his paintings in 1865 and 1866. He was elected to the Russian Academy of Arts in 1873, and continued to teach while producing scenes mainly depicting the lives of ordinary Russians. From 1894 until 1918 he was a professor at the Academy of Arts in Saint Petersburg, becoming its rector in 1895.

In November and December 1882 Makovsky painted, in Moscow, a portrait of Tchaikovsky which had been commissioned by Pavel Tretyakov, and although the composer found the four sittings for this painting very tiresome, he observed: "Still, this portrait is in my view a complete success" [1]. Unfortunately, the location of this portrait is unknown and no prints were made of it either [2]. During his stay in Odessa at the beginning of 1893, Tchaikovsky informed Makovsky that a local artist, Nikolay Kuznetsov, had produced a portrait of him which "in terms of its expression, lifelikeness, and authenticity really is remarkable" [3]. If Makovsky's earlier portrait were to be discovered some day, it would be interesting to see how it compared with this masterpiece by the Odessan painter!

One letter from Tchaikovsky to Vladimir Makovsky has survived, dating from 1893, and has been translated into English on this website:

2 letters from Makovsky to the composer, both dating from 1893, are preserved in the Klin House-Museum Archive.