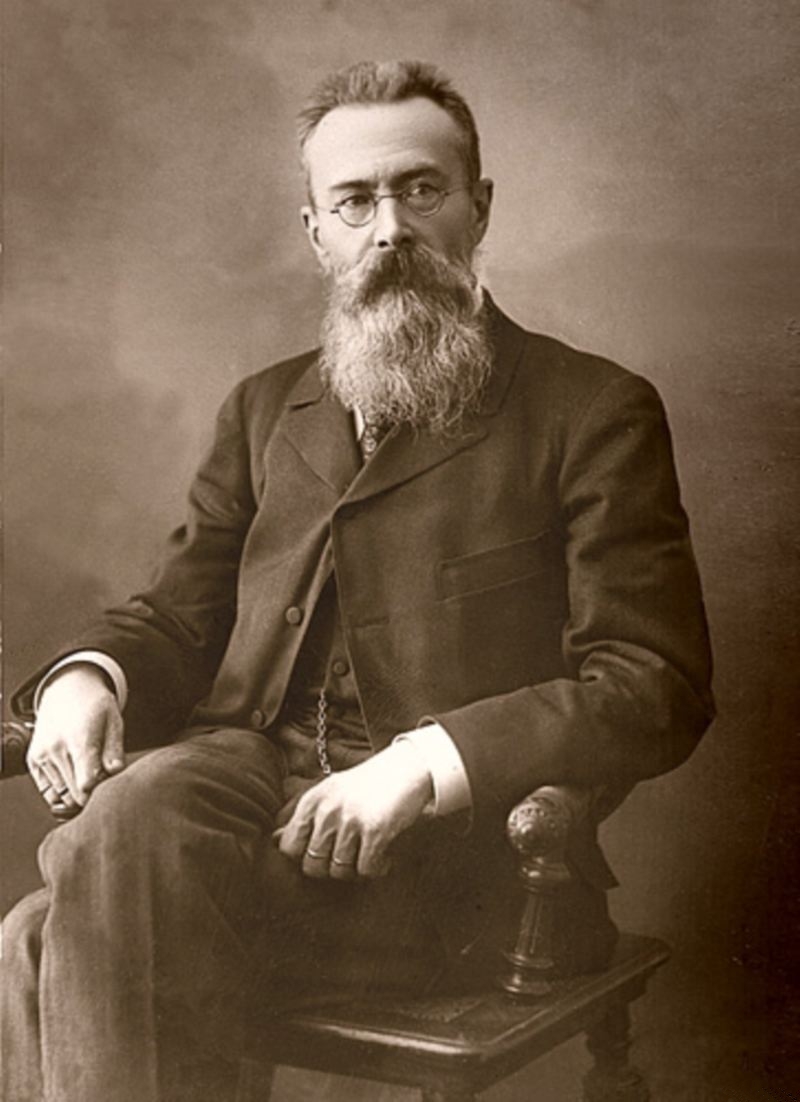 Of Rimsky-Korsakov's orchestral works Tchaikovsky was particularly taken by the Capriccio Espagnol, and after hearing it for the first time in 1887, he rushed off to buy a laurel wreath and presented it to the composer, to whom he later wrote: "Your Spanish Capriccio is a colossal masterpiece of instrumentation, and you can confidently consider yourself the greatest of all contemporary masters" [1]. Tchaikovsky also admired the operas May Night (1879) and The Snow Maiden (1881).

Following his support for student protesters in 1905, Rimsky-Korsakov was removed from his position at the Saint Petersburg Conservatory, only to be reinstated after protests from staff and students. He died of heart failure on 8/21 June 1908 at Lyubensk, aged 64.

In 1870, Rimsky-Korsakov dedicated his song Where Thou Art, My Thought Flies to Thee (No. 1 of the Six Songs, Op. 8) to Tchaikovsky, who returned the compliment with his song Wait — No. 2 of the Six Romances, Op. 16.

After his successful concert tour to Odessa in January 1893, Tchaikovsky urged the city's branch of the Russian Musical Society to invite Rimsky-Korsakov there for the 1893/94 season [2]. On 5/17 February 1894, Rimsky-Korsakov conducted a concert in Odessa in memory of Tchaikovsky, which featured the Symphony No. 3, the Piano Concerto No. 1, and the overture-fantasia Romeo and Juliet. Like the late Tchaikovsky, he also gave a concert to raise funds for the orchestra musicians of the Odessa opera-house at which he conducted the Suite from The Nutcracker ballet.