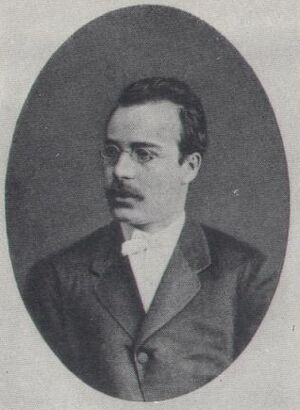 A graduate in law from Moscow University, Kupernik first worked as a lawyer in Moscow, then in Odessa and Kiev, acquiring an outstanding reputation as a trial attorney. An active member of the Moscow section of the Russian Musical Society, he married Olga Petrovna Shchepkina (d.1893), a grand-daughter of the famous serf actor Mikhail Shchepkin (1788–1863). She had studied in the piano class of Nikolay Rubinstein at the Moscow Conservatory from 1870 to 1873, as well as having Tchaikovsky as her teacher of harmony. The couple's daughter Tatyana Shchepkina-Kupernik (1874–1952) would later become a distinguished writer and translator.

During the 1890s Kupernik was also on the management board of the Odessa section of the RMS (where he sought Tchaikovsky's advice on the organisation of musical activities in the city) and contributed reviews of theatre and music to newspapers in Kiev and Odessa, including an interview with the composer from January 1893 entitled Tchaikovsky on Odessa (TH 328).

12 letters from Tchaikovsky to Lev Kupernik have survived, dating from 1875 to 1893, all of which have been translated into English on this website:

5 letters from Kupernik to the composer, dating from 1881 to 1893, are preserved in the Klin House-Museum Archive.