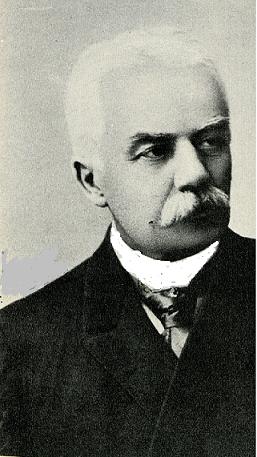 Nikolay had a good sense of humour and was fond of music. In 1872 he married Olga Denisyeva (d. abt 1919), and in 1886 the couple adopted the illegitimate son of Nikolay's niece Tatyana Davydova, who took the name Georgy Tchaikovsky (b. 1883). In January 1887, Nikolay travelled to Moscow to attend the premiere of his brother's opera Cherevichki. It was at Nikolay's estate in Ukolovo, near Kursk, that Tchaikovsky met the poet Afanasy Fet in the summer of 1891.

It was also thanks to Nikolay that an even more important meeting in the last years of his brother's life took place. Around 1890, Nikolay seems to have started corresponding with their former governess Fanny Dürbach, who, despite her seventy years, was still active as a teacher in her native town of Montbéliard. Thus, in August 1891 Nikolay wrote to his brother: "A few days ago I received a very sweet reply from Fanny Dürbach which is full of memories and questions about you. What do you say about visiting her in Montbéliard now? I mean, after all this venerable person did play a certain role in our lives" [1]. Tchaikovsky eventually visited "M-lle Fanny" in Montbéliard on 1 and 2 January 1893 [N.S.], and shortly afterwards he wrote a very emotional letter recounting the experience to his elder brother [2].

In 1887, Nikolay had retired from government service with the rank of Councillor of State, but during the 1890s he was involved in various philanthropic and educational projects in Moscow, where he had now moved with his family. At the same time he worked as manager of the S. P. Yakovlev publishing house in Moscow, helping to publish the compilation of his brother's musical-critical articles that Herman Laroche had edited [3]. During these years he assisted Modest in collecting material for the latter's three-volume biography of their brother [4], obtaining, for example, an old photograph of the Tchaikovsky family's house in Votkinsk. He was also involved in the publication of Ivan Klimenko's brief biographical sketch of Tchaikovsky in 1909.