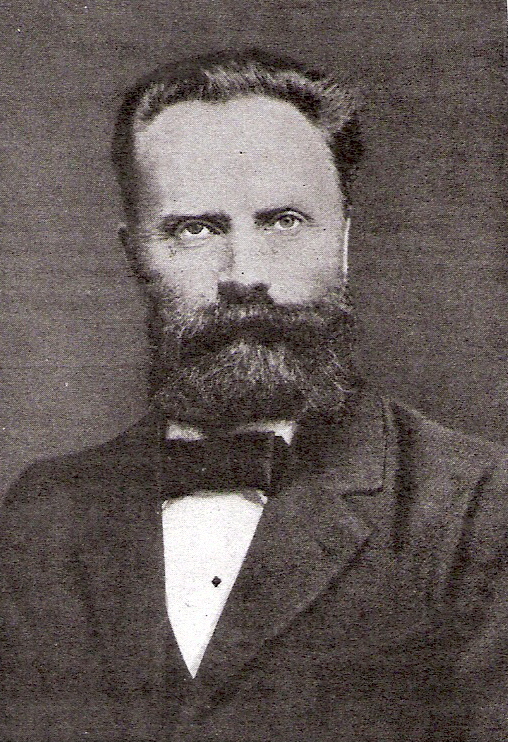 The son of a humble teacher, he showed extraordinary musical gifts at an early age, and as his father was unable to pay for his further musical education, the businessman Bernhard Loeser financed his studies at the Kullak Academy in Berlin. From 1873 to 1875 Neitzel studied with Franz Liszt, thereafter touring as a pianist with the Austrian soprano Pauline Lucca and the Spanish violinist Pablo de Sarasate. In 1878, Neitzel was appointed director of the Musikverein at Strasbourg, where he also conducted at the municipal opera-house. In 1881, he received an invitation from Max Erdmannsdörfer to join the teaching staff of the Moscow Conservatory. During his time in Russia (1881–85), we know that Neitzel was acquainted with Tchaikovsky because the latter complained to his brother Modest on 16/28 January 1884 that various composers had been playing him their works and asking for his opinion: "The whole morning Simon was playing his compositions, and after the rehearsals [for Mazepa] until 6:30 p.m. Neitzel played me his opera" [1]. In 1885, Neitzel left Russia to take up a teaching post at the Cologne Conservatoire. He also started writing music review articles for the Kölnische Zeitung.

In Frankfurt am Main, on 23 January 1889 [N.S.], Neitzel played the piano part in the first performance in Germany of Tchaikovsky's Piano Trio. The first stop on Tchaikovsky's second European concert tour (January–March 1889) was Cologne, and he met Neitzel there on 31 January/12 February 1889 (as recorded in the composer's diary). It seems that at this meeting Neitzel asked Tchaikovsky if he could provide an autobiographical sketch for use in an article which he wanted to write on him. It was not until the summer that Tchaikovsky, after further prompting, got down to "writing the autobiography (!!!) for Neitzel" (as he recorded in his diary on 11/23 June). Although writing such a text did not come easy to the self-effacing Tchaikovsky, it was eventually completed (in French) and sent to Neitzel in Cologne. Neitzel did not make use of Tchaikovsky's text until the following year, when he included his own (?) German translation of it in his article "Die russische Musik und ihr berufenster Vertreter" [Russian music and its most outstanding exponent] for the July issue of the periodical Nord und Süd (published in Breslau by the well-known writer Paul Lindau).

This article begins with a very detailed discussion of the nature and performance of Russian folk song (clearly based on first-hand experiences from Neitzel's stay in Russia), emphasizing that the latter could not always be confined in the "straitjacket of western harmonization". This is followed by a section on Russian Orthodox church singing, for which Neitzel is full of admiration. After that comes a brief survey of the development of music as an art form in Russia: Neitzel refers his readers to César Cui's book La musique en Russie (Paris, 1880) for more details, but makes some observations of his own about why Russia had lagged behind other countries until only quite recently. Neitzel gives brief characterizations of Glinka (praising not only his operas but also the two Spanish Overtures), Dargomyzhsky (ironically noting how the declamatory recitative of The Stone Guest surpassed even Wagner's boldest demands), and Serov. This is followed by a brief paragraph on the new Russian school of music, whose principal representatives he lists in this order: Balakirev, Cui, Rimsky-Korsakov, Borodin, Musorgsky, and Lyadov. Despite praising the "warmth of their musical language" and their courage in searching for "new musical forms", Neitzel observes that the potency of their talent was inferior to that of their role-models Berlioz, Wagner, and Liszt, and adds that he would have to leave a more detailed discussion of these Russian composers for a later occasion.

The last section is entitled "Tschaikowsky" and before the text of the composer's Autobiography, translated into German probably by Neitzel himself, there is an introduction which we quote here in full:

[Of the Russian composers] he who has familiarized himself with the masterpieces of the West (mainly those of the melodious Italians and to an even greater degree those of the more thoughtful Germans), and who, without professing an allegiance to the new Russian school, nevertheless displays Russian originality all the time, is PETER TSCHAIKOWSKY (b. 25 Dec. [sic] 1840). He combines a glowing imagination, which causes his melodies to seem like the product of instinctive inspiration, like the children of a joy of singing which cannot be reined in, with a mastery of compositional technique that elevates each one of his creations to a fascinatingly constructed work of art and allows him to be at home in all styles. Occasionally he delights himself and his listeners rather too much with the beautiful sound of a favourite melody; now and then he is excessively thorough in his striving to combine and juxtapose his motifs; sometimes, alongside teasing goblins or menacing demons, some clumsy intruder into his tone paintings makes himself heard in a rather uncouth manner — and yet there is harmony in everything that he writes, and the real divine spark is alive in all his works. In Russia Tschaikowsky is especially popular as an opera composer: his Onegin, together with other operas of his, such as Mazepa and The Enchantress, is continually in the repertoire. The German public will have to appreciate him more as a symphonist and composer of songs. Apart from his Suites (No. 1 and No. 3), The Tempest (Op. 18), Francesca da Rimini (Op. 32), the Italian Capriccio (Op. 45), the fantasia Romeo and Juliet, all of which are for orchestra; alongside his First String Quartet (Op. 11), his Serenade for Strings (Op. 48), his songs (in particular Op. 6, 27, 28, 46, 47), his Piano Concerto in B-flat minor, his Piano Trio à la mémoire d'un grand artiste, we would also like to single out his charming piano pieces: Souvenir de Hapsal, Romance in F minor [Op. 5], his Opus 10 and 19, his F major variations [Op. 19/6], The Seasons, etc. [2].

In the next paragraph, Neitzel recalls how he persuaded Tchaikovsky to provide this autobiographical record. (For these introductory remarks by Neitzel, as well as for the full text of Tchaikovsky's account of how he became a composer, readers are referred to the Autobiography.) Although Tchaikovsky probably received a copy of this article in the second half of 1890, his later biographers seem to have been unaware of its existence (although a few excerpts were quoted in English in American and English publications between 1891 and 1894), and it was thanks to The Tchaikovsky Handbook]], compiled by Alexander Poznansky and Brett Langston, that this invaluable Autobiography has recently come to light again.

Between 1906 and 1909, Neitzel undertook several concert tours to the United States, where he gave piano recitals, conducted concerts, and also gave some lectures. In 1919, a year before his death, he was elected to the Prussian Academy of Arts in Berlin. Neitzel was the author of several opera handbooks, studies of Beethoven's symphonies and Wagner's operas, as well as a highly regarded book on Saint-Saëns (1891). He also wrote several operas and orchestral works.