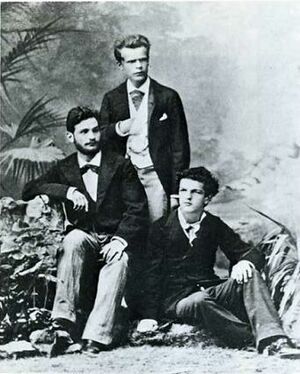 The brother of the composer Henryk Pachulski (1859–1921), Władysław followed in the steps of his father, Albert, and became a worker on Nadezhda von Meck's estate, She encouraged his interest in music, and asked Tchaikovsky to offer him tuition. Władysław became secretary to Nadezhda von Meck, and eventually married her daughter Yuliya (1853–1915). He also acted as intermediary between the composer and his benefactress, when the latter's health made it difficult for her to write. It has been suggested that Pachulski's intervention played a part in the breakdown of relations between Tchaikovsky and Nadezhda von Meck in 1890

9 letters from Tchaikovsky to Władysław Pachulski have survived, dating from 1883 to 1891:

50 letters from Władysław Pachulski to Tchaikovsky, dating from 1880 to 1891, are preserved in the Klin House-Museum Archive.