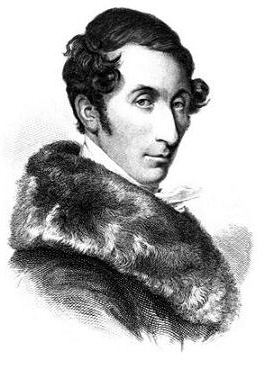 For Tchaikovsky, Der Freischütz, the quintessential German Romantic opera, stood firmly alongside Mozart's Don Giovanni and Glinka's A Life for the Tsar in his pantheon of favourite works. He described its many merits enthusiastically in two articles of 1872 and 1873 (TH 271) and TH 282), and from these it is clear that what appealed to him most in Weber's opera was the orchestral characterization, as well as its proximity to German folk-song and the composer's ability to evoke a supernatural and eerie atmosphere (in the Wolf's Glen Scene). In the second of these two articles Tchaikovsky, significantly, protested against the use of Berlioz's brilliant arrangement for orchestra of Aufforderung zum Tanz as a ballet episode in productions of this opera because Weber's original piano piece, as he argued, conveyed something quite different to the rustic world of the opera. Der Freischütz was often chosen for student performances at the Moscow Conservatory, and during his time as a professor there Tchaikovsky would almost always attend these [1]. During stays abroad Tchaikovsky also had frequent opportunities to hear Der Freischütz, for instance at the Grand Opéra in Paris in February 1879, when he again took issue with the unwarranted use of Berlioz's orchestral arrangement of Aufforderung zum Tanz: "Der Freischütz afforded me great pleasure; in many places in the first act my eyes were moist with tears. In the second act [Gabrielle] Krauss pleased me greatly by her wonderful rendition of Agathe's aria. The Wolf's Glen was staged not at all as splendidly as I had expected. The third act was curious because of the French brazenness with which they took the liberty, on the one hand, of inserting Invitation à la valse with the most stupid dances, and, on the other, of cutting out the role of the hermit who appears at the end for the dénouement" [2].

It was not until a brief stay in Vienna in February 1881 on the way to Italy that Tchaikovsky heard Weber's fairy-tale opera Oberon for the first time. "What a marvellous production!" he wrote to his brother Anatoly. "The music is rather boring, but there are delightful things" [3]. Three years later, however, after hearing Oberon again in Berlin on 4/16 November 1884, Tchaikovsky wrote more positively about the opera (though he had evidently forgotten that he had already heard it once): "I was always told that it was terribly boring, and I had prepared myself to suffer, but instead I unexpectedly enjoyed myself very much. In places the music is ravishing, whereas the plot is silly, as in The Magic Flute, though it is fun to watch, and at one moment I even roared with laughter like a madman when the whole corps de ballet, under the effect of the magic horn, fell down on the ground and began to writhe convulsively. In terms of the music Oberon himself is amazingly attractive; wherever he appears the music is inspired and poetic" [4]. During his stay in Leipzig in January 1888 as part of his first concert tour of Western Europe, Tchaikovsky also attended one of the first performances of Weber's unfinished opera Die drei Pintos, which had recently been completed and scored by the Leipzig Opera's assistant conductor, Gustav Mahler. Tchaikovsky reported his impressions in a letter to his brother Modest: "As regards music I have heard here a new opera by Weber, that is, an opera which he abandoned in the form of sketches, and which only now has been completed, arranged, and orchestrated. The music is very nice, but the plot is stupid (it is called «Die 3 Pintos»)" [5].