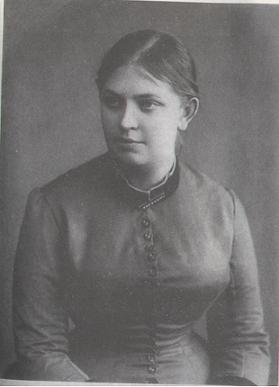 The wife of the composer Mikhail Ippolitov-Ivanov (1859–1935), whom she married in 1883, Varvara was an artist with the Kiev (1882–83) and Tiflis (1883–93) opera companies, and a professor at the Moscow Conservatory from 1893 to 1924. Tchaikovsky highly valued her singing talents, and attempted to persuade her to perform at the Imperial Theatres in Moscow or Saint Petersburg. Tchaikovsky was also very fond of the Ippolit-Ivanovs' adoptive daughter Tanya (whom he would affectionately call "Shishechka", i.e. "little fir cone"), who was about two years old at the time of the composer's last visit to Tiflis in 1890. As the mezzo-soprano Aleksandra Amfiteatrova-Levitskaya (1858-1947) explains in her memoirs, Tchaikovsky's affection for Tanya owed a lot to the following circumstances: the little girl was a foundling whom Varvara Mikhaylovna had discovered in a basket left on the doorstep of her house one night after returning from a performance of Yevgeny Onegin at the Tiflis opera-theatre. She and her husband, who had no children of their own, decided to adopt her and christened her after the heroine of Tchaikovsky's opera, sung to great acclaim by Zarudnaya earlier that day [1].

8 letters from Tchaikovsky to Varvara Zarudnaya have survived, dating from 1888 to 1891:

9 letters from Varvara Zarudnaya to Tchaikovsky, dating from 1888 to 1891, are preserved in the Klin House-Museum Archive.