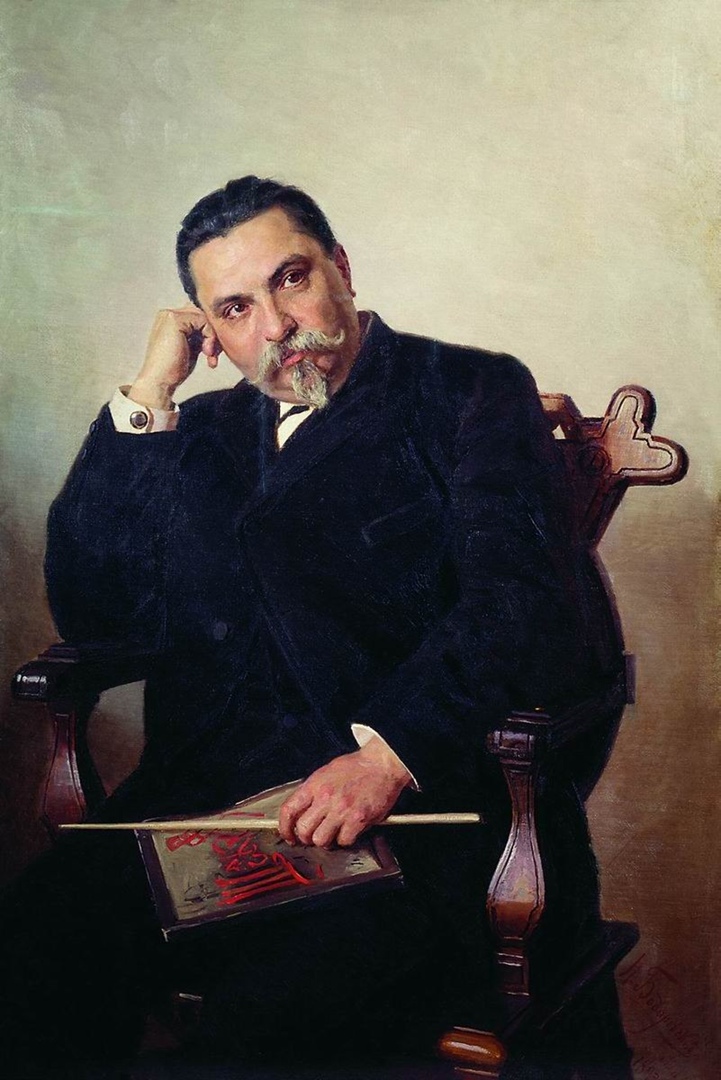 Safonov was the son of a Cossack general who left the Caucasus in 1862 to settle in Saint Petersburg. Here Vasily attended the prestigious Lyceum at nearby Tsarskoye Selo and took piano lessons with Teodor Leszetycki (1830–1915). Like Tchaikovsky, he began his career in the civil service. After seven years, Safonov resigned his post and enrolled at the Saint Petersburg Conservatory in 1879, where he studied music theory under Nikolay Zaremba and piano with Louis Brassin, graduating with a gold medal in 1880.

After a spell teaching at the Saint Petersburg Conservatory, he became professor of piano at the Moscow Conservatory in 1885 on Tchaikovsky's recommendation. In 1889, he succeeded Sergey Taneyev as the conservatory's director. Although Tchaikovsky initially welcomed this appointment, recognising Safonov's skills as an administrator, he began to believe that the latter's style was too autocratic and disrespectful of the traditions of the institution. In particular, Tchaikovsky was angered by Safonov's decision not to appoint Anatoly Brandukov as the successor of Wilhelm Fitzenhagen upon the latter's untimely death in 1890. Brandukov had been a loyal friend of Nikolay Rubinstein, and Tchaikovsky felt that he deserved the post of cello professor at the Conservatory far more than Safonov's appointee Alfred von Glenn. These differences of view led to Tchaikovsky's resignation as a director of the Russian Musical Society (RMS) in Moscow.

Subsequent relations between the two men improved to an extent, and at the RMS concert in Moscow on 14/26 February 1893 conducted by Tchaikovsky, Safonov played the celesta in the orchestral suite from The Nutcracker ballet (in the Dance of the Sugar Plum Fairy). The unusual sound of this instrument caused a strong impression on the audience, and at the end of this concert Safonov asked the composer if they could patch up their earlier quarrel. Tchaikovsky agreed and later that year he dedicated his piano piece Méditation — No. 5 of the Eighteen Pieces, Op. 72 — to Safonov. The latter was a genuine admirer of Tchaikovsky's music, and after the composer's death Safonov would conduct the first official performance in Moscow of the Pathétique on 4/16 December 1893 [1].

In 1889, Safonov succeeded Max Erdmannsdörfer as principal conductor of the Russian Musical Society concerts in Moscow, where in his later years he was one of the first conductors to dispense with a baton. After being invited to New York as guest conductor of the Philharmonic Society Orchestra in 1904, he returned to become its sole conductor from 1906 to 1909, while concurrently serving as director of the National Conservatory of Music in the city.

After returning to Russia in 1909, he resumed his conducting position with the RMS in Moscow (where he remained until 1912), and also performed in chamber ensembles. In 1916 his guide to piano technique, entitled A New Formula (Новая формула), was published in Russian and English.

In 1893, Tchaikovsky dedicated his piano piece Méditation — No. 5 of the Eighteen Pieces, Op. 72 — to Vasily Safonov.

20 letters from Tchaikovsky to Vasily Safonov have survived, dating from 1885 to 1893, of which those highlighted in bold have been translated into English on this website:

33 letters from Safonov to the composer, dating from 1885 to 1893, are preserved in the Klin House-Museum Archive.